More
HomeNATIONNATIONWill be applied to girls of 9 to 14 years, will be...
NATION

Will be applied to girls of 9 to 14 years, will be available from this year itself. Amit Shah | Cervical Cancer Serum Vaccine Cervavac Launch Update

MP Manoj Tiwari and other BJP MPs have...
NATION

Police recovers cash worth crores from car coming from Rajasthan to Ahmedabad. When the police opened the door of the car, found so...

Terror of women thieves in the city of Mahakal, took away brass utensils weighing 40 kg in broad daylight; Caught in CCTV camera

The country has got the first indigenous Human Papilloma Virus (HPV) vaccine against cervical cancer. Its name is ‘CERVAVAC’. Home Minister Amit Shah launched this vaccine on Tuesday. This vaccine made in collaboration with Pune’s Serum Institute of India (SII) will soon be made available through a government program.

The vaccine has been jointly developed by SII, Department of Biotechnology (DBT), Biotechnology Industry Research Assistance Council (BIRAC) and Bill & Melinda Gates Foundation. SII CEO Adar Poonawala says that the vaccine will be made available this year itself. Although its quantity will be less. Production will be boosted next year.

Cervical cancer is fatal for women
Cervical cancer is the second deadliest disease for women worldwide. Starting from the vagina, this cancer spreads rapidly from the bladder, rectum to the lungs. This disease is caused by infection with a virus called papilloma virus (HPV). Women who smoke more or take more drugs that suppress immunity are more at risk of this cancer.

Vaccine will be installed in schools
The Central Government has asked all the States and Union Territories to spread awareness about the prevention of cervical cancer and the importance of HPV vaccine among girl students across the country. Apart from this, the central government will soon start a vaccination program at the school level to prevent the risk of cancer. On behalf of the Central Government, this campaign will be started in schools especially for girls of 9 to 14 years.

Currently two foreign vaccines are available in the country
Two foreign vaccines, Gardasil and Cervarix, are available in India for cervical cancer since 2008. Their one dose starts from 3 thousand rupees and comes up to 10 thousand rupees. Girls aged 9 to 14 years take two doses at an interval of 6 months. At the same time, women between the ages of 15 and 45 take three doses.

Cancer of unprotected sex: One-fourth of the world’s uterine cancer is here, 73% of women do not know; male private part is also at risk 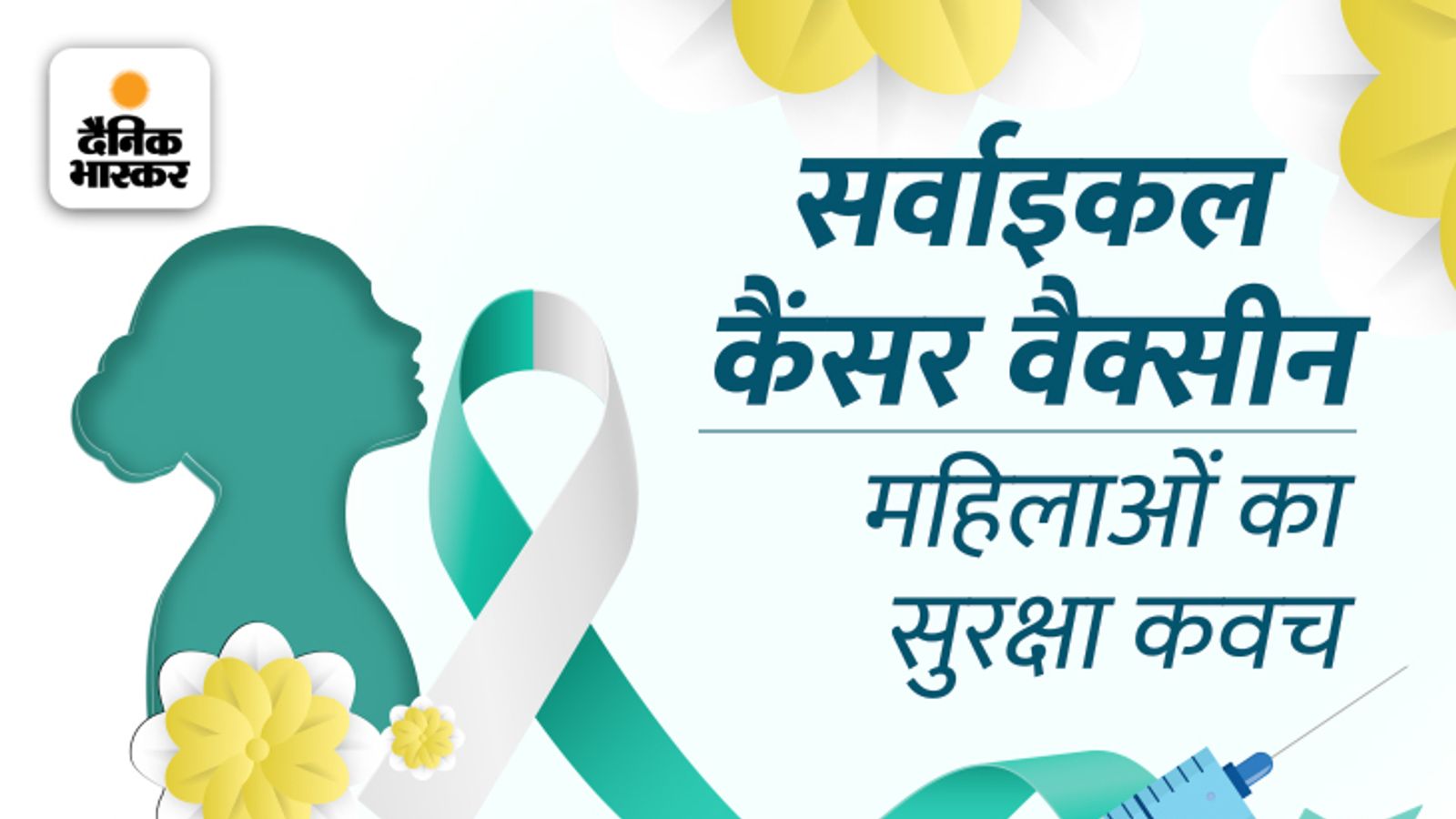 January is called the month of Cervical Cancer Awareness. Every 2 minutes in the world, 1 woman loses her life due to cervical cancer. After breast cancer, this is the second cancer in India which is the enemy of women. Read full news…

Cancer will be treated with an injection of 40 rupees: Stage-2 patients will also benefit, one lakh women’s lives will be saved every year. 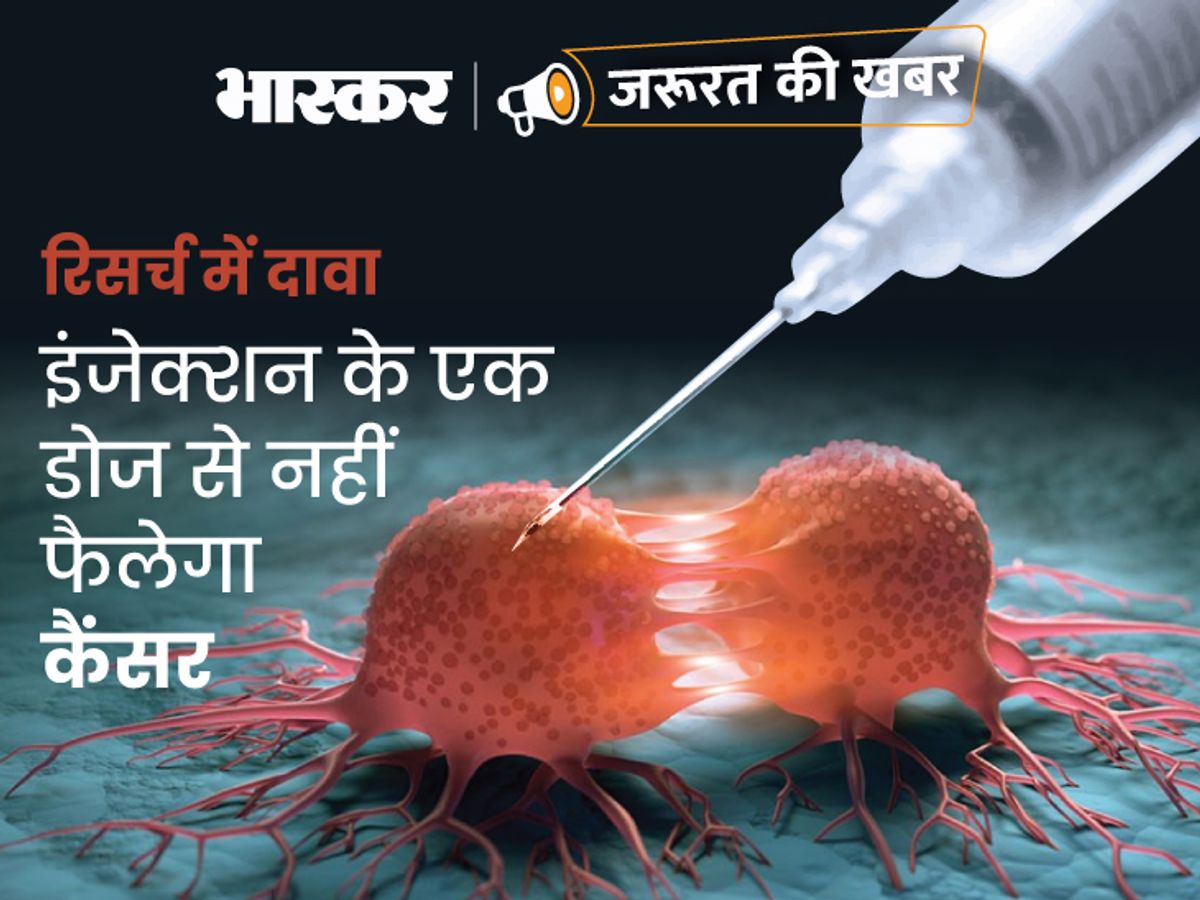 A research on breast cancer by Mumbai’s Tata Memorial Hospital has been successful. According to which now the lives of its patients can be saved with just one injection of 40 to 60 rupees. This was announced on September 12 at the Cancer Conference held in Paris. Read full news…

Previous article
Man Who Attacked Punjab Police Intelligence Headquarters With RPG Arrested
Next article
history of jamia university, Jamia University: There is a ruckus on BBC documentary, know the history of Jamia University, which came out of the womb of Khilafat movement – jamia millia university its history and controversies related to this know all details here