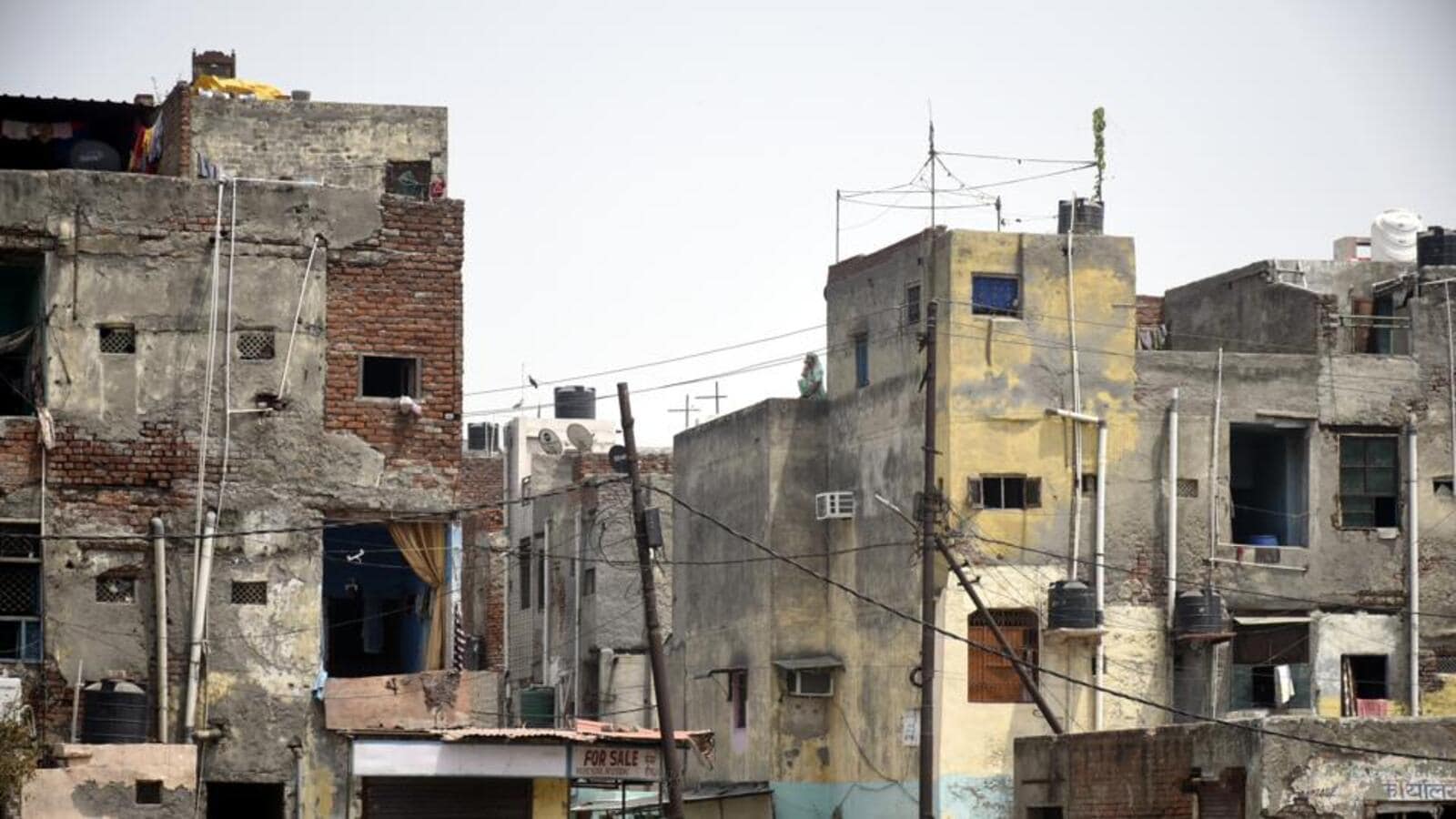 Officials of the Ghaziabad municipal corporation on Friday said that it will not take over the 34-year-old Tulsi Niketan housing project near the Delhi border, but has given an in-principle nod to declare the three-decade old project as unsafe.

The dilapidated buildings and flats in Tulsi Niketan have been termed as unsafe for residents and deliberations are underway since the year 2018 for the redevelopment of the locality.

Tulsi Niketan was developed by the Ghaziabad Development Authority (GDA) in 1988 and comprises 2,292 flats, including about 250 flats belonging to the lower-income groups. As per norms, the corporation has powers under the Uttar Pradesh Municipal Corporation Act, 1959, to formally declare buildings as unsafe.

“The authority had requested us to take over Tulsi Niketan but we rejected the request as the buildings need to be developed. At present, they are in a dilapidated state. However, we can declare the buildings ‘unsafe’ under the provisions of section 331 of the municipal corporation Act,” said Mahendra Singh Tanwar, Ghaziabad municipal commissioner.

“The locality and flats were developed by GDA and given on a lease of 90 years, but the buildings have deteriorated due to a host of reasons. Maintenance work needs to be done by the authority in accordance with the provisions of the UP Urban Planning and Development Act, 1973,” Tanwar added.

Corporation officials said that they had written to the GDA earlier this week about the issue.

Earlier, in February 2019, the department of civil engineering of the Jamia Millia Islamia University declared that none of the 2,200 odd flats in Tulsi Niketan were safe and suggested reconstruction work.

The authority had assigned the study to the university and received a 2000-page report as part of the findings.

GDA officials said that declaring the buildings unsafe is the first step towards redeveloping Tulsi Niketan.

“We will do the needful as the corporation has powers to declare the buildings as unsafe. Once it is done, we will be able to take up the redevelopment plan for the locality which has been pending for the past several years,” said RK Gupta, GDA chief engineer.

After studying the 2019 JMI university report, the authority planned a redevelopment project for Tulsi Niketan and proposed that it will take up phase-wise reconstruction work of residential blocks to reduce the cost of displacement.

The authority had proposed that it will build more storeys in the reconstructed buildings, which will also save space. It had planned to sell the new flats in order to recover the cost of redevelopment.

Meanwhile, corporation officials said that till March 31, they have a list of 122 unsafe houses in different localities such as Valmiki Kunj, Nandgram, Kaila Bhatta, Vembey Colony, Sewa Nagar and Vaishali, among others and Tulsi Niketan does not feature in the list.

“The list has already been shared with GDA as these 122 houses are in colonies developed by the authority,” Tanwar added.

“The list has already been shared with the GDA as these 122 houses are in colonies developed by GDA,” Tanwar added further.

Teenager sitting on two-wheeler killed by tempo driver in Pune

Do not scan QR code, otherwise your account may be empty- Hindi Gizbot