More
HomeENTERTAINMENTMOVIE REVIEWUorfi Javed Wore A Dress Made Of Dustbin Bag Said I Could...
MOVIE REVIEW

Surbhi Tiwari will be seen in the film...
MOVIE REVIEW

Surbhi Tiwari will be seen in the film...
MOVIE REVIEW

Rakhi Sawant's marriage came under threat within a...
MOVIE REVIEW

Urfi Javed made a dress from a garbage bag

A few hours ago, Urfi shared a new Insta reel, in which she is seen in two different dresses made of black dustbin bags. The first dress is a voluminous and strappy version done with a ponytail while the second one is a bodycon dress, which looks very stylish. Urfi has revealed in the reel that she wore a dress made of dustbin bags in Bigg Boss OTT as well, where she appeared as a contestant.

“I could literally wear this to a red carpet event, no kidding. Also the original dustbin bag outfit I created in Bigg Boss was inspired by @komalpandeyofficial! Keep inspiring,” Urfi captioned the reel. ” People have commented fiercely on this reel of the same actress. Wrote one user, this is better than any other dress. Another wrote, Excellence on creativity. 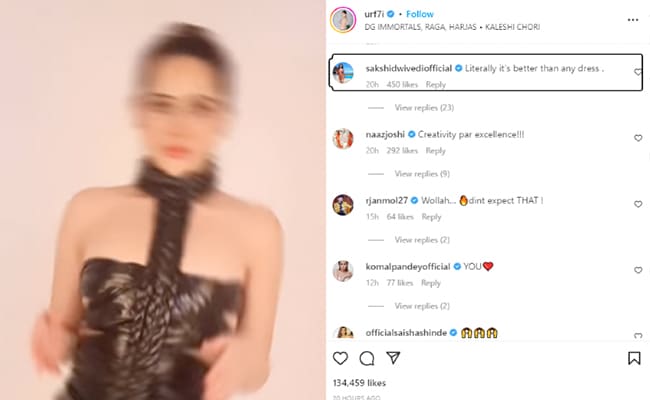 Let us tell you, Urfi Javed’s fashion remains in the headlines, the discussion of which is also seen among Bollywood celebs. Not only this, due to this fashion of the actress, FIR has also been filed against her with the police. Although, despite all this, she keeps showing her different fashion to the fans.

Featured Video Of The Day

Air Pollution: What is the solution to the problem of increasing air pollution in India?

Previous article
Sidharth Malhotra Interview: Nothing is hidden in our profession, we will know when we get married: Sidharth Malhotra
Next article
Malaika Arora Arjun Kapoor In Full Black Outfit Seen Giving Pose To Paparazzi Video Viral In Social Media