What is Strep A fever, which has upset Britain, know the causes and treatment

highlightsStrep A infection starts from the throat or...
MARKET

Stock Market Prediction: Today you can bet on these stocks including Bank of India, all signs of boom are visible

When Aadhaar was linked, it was found that he was ineligible; Now the number of beneficiaries is 8.58 crore. Aadhaar link identification...

Bengaluru-based electric vehicle startup Ultraviolette Automotive Pvt Ltd has launched its new electric bike Ultraviolette F77. You will be able to buy this bike with sport look in three options Airstrike, Laser and Shadow. Also, it has been launched in two variants Recon and Original. The price of this electric bike ranges from Rs 3.80 lakh to Rs 5.50 lakh. With the launch, the company has also started booking it. According to the company’s claim, it is the fastest electric bike in the country. Its top speed is 150km/h.

Both bikes will get different technology
On the launch of this electric bike, the company said that the features and technology of all its variants are different. Its top variant has a battery pack of 10.5 kWh capacity, which gives a driving range of up to 307Km. Its electric motor generates power of 29 kW and torque of 90 Nm. The bike comes with monoshock and inverted fork setup. It has disc brakes on both the wheels.

India’s fastest electric bike
Both the original and Recon variants of the Ultraviolette F77 generate 38.8 bhp power and 95 Nm torque. Their top speed is 150 kilometers per hour. These three riding modes come with Glide, Combat and Blastic. This bike has been introduced with two different battery packs, which will get a driving range of 206Km from 7.1 kWh pack and 307Km from 10.3 kWh pack. Till now no company has given 10.3 kWh capacity battery in electric two-wheeler.

This Maruti car beat its own Baleno-Swift; Bad sales of cars like Seltos, Verna, Magnite 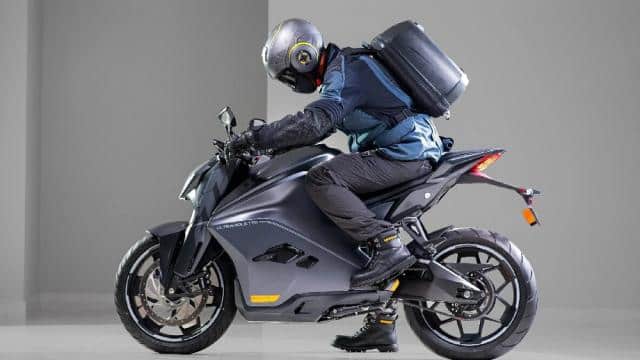 75km travel in 1 hour charging
The Ultraviolette F77 electric bike also supports fast charging. The company claims that with the help of a fast charger, it will give a range of 75 km in 1 hour of charging. At the same time, it will give a driving range of 35Km in 1 hour of normal charging. It has features like LED headlights, taillamps and daytime running lights DRLs, smart TFT display. The company is giving a warranty of up to 8 years or 1 lakh kilometers on the batteries of both the bikes.

There was a rush among people to buy this strange vehicle, 16 lakh bookings have been received; Will be launched in 2023

Previous article
Hop Shoots Can Be Used To Cure Tuberculosis And Arthritis Check Its Amazing Health Benefits | TB
Next article
Gold Price Today: Inflation of gold and silver shocked, know how much are the prices of 22 carat and 24 carat gold