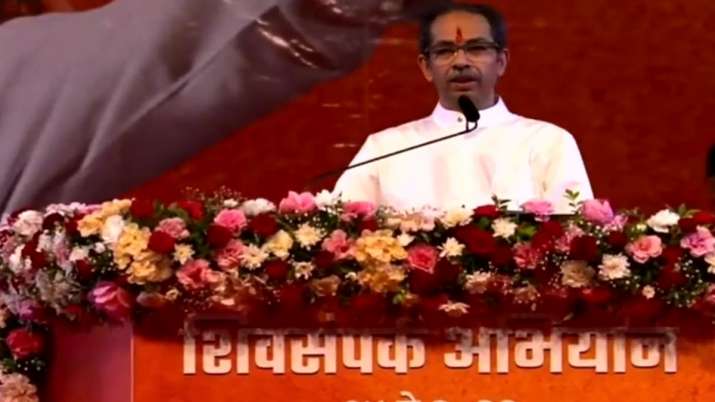 Maharashtra CM Uddhav Thackeray on Saturday took a dig at the Bhartiya Janata Party (BJP) and called it a ‘fake Hindutva’ party. Addressing a public meeting in Mumbai, the Shiv Sena chief wondered if it was the same party which Shiv Sena considered to be a friend of 25 years.

Speaking at his first public meeting after two years, Thackeray, who underwent spinal surgery last November, sounded the bugle for upcoming civic polls, including for Mumbai, and said attempts to break Mumbai from Maharashtra will never be allowed to succeed.

Thackeray said the BJP had given loudspeakers to its A, B, and C teams and asked them to visit Aurangzeb’s tomb and recite Hanuman Chalisa.