Pompeo has written in his book that never before, India has made its own way without joining any alliance and it is largely the same today, but due to China’s aggressive attitude, India changed its political stand.

Former US Secretary of State Mike Pompeo in his memoir has revealed the reason behind India joining the Quad group. India, known for its independent foreign policy, was forced to change its strategic stance due to the increasing aggression of China. According to his claim, it was only after this that India chose to be a part of the Quad, a group of four countries.

Pompeo to join India’s Quad ‘Wild Card’ Entry is mentioned. He said that India is a socialist ideology But it was an established nation that chose to join neither the US nor the Soviet Union during the Cold War. Pompeo has written in his book that never before, India has made its own way without joining any alliance and it is largely the same today, but due to China’s aggressive attitude, India changed its political stand. Is.

Mike Pompeo, one of former US President Donald Trump’s most aggressive advisers on China, released his memoirs on Tuesday.Never Give An Inch: Fighting for the America I Love‘ I have told how America was successful in getting India included in the Quad group after years of dilemma. Let us tell you that in 2017, the US, Japan, India and Australia gave shape to the long-pending proposal to set up a Quad alliance to counter China’s aggressive stance in the resource-rich Indo-Pacific region.

India-China relations deteriorated due to 4 reasons

In his book, Pompeo traces the major events that have led to the downslide in India-China relations in recent years. He wrote that China’s growing proximity to Pakistan, the Belt and Road Initiative push, the recent border clashes between the two countries and India’s retaliatory ban on dozens of Chinese apps such as Tiktok have led to a decline in relations between the two countries. Pompeo wrote, “In June 2020, Chinese troops killed 20 Indian soldiers in the skirmish in the Galwan Valley. That bloody skirmish fueled hatred against China among the Indian public, prompting the government to respond to Banned Tiktok and dozens of Chinese apps under it.

Pompeo in his book former Prime Minister of Japan shinzo abe He has been described as a global leader of extraordinary courage and vision. Let us tell you that Shinzo Abe parent of quad is believed. Shinzo Abe demonstrated his foresight in seeing China as a threat and also coined the idea of ​​a free and open Indo-Pacific. The Quad was established in 2007 through the efforts of Shinzo Abe. At that time also China and Russia opposed it. However, for ten years there was no specific work on the quad. In 2017, the four countries started working on this. Its purpose was to develop a new strategy to keep the major sea routes free from any influence amid China’s growing military presence in the strategically important Indo-Pacific region.

Dictator Kim Jong Un trembles in the name of Xi Jinping, big disclosure of former US Secretary of State 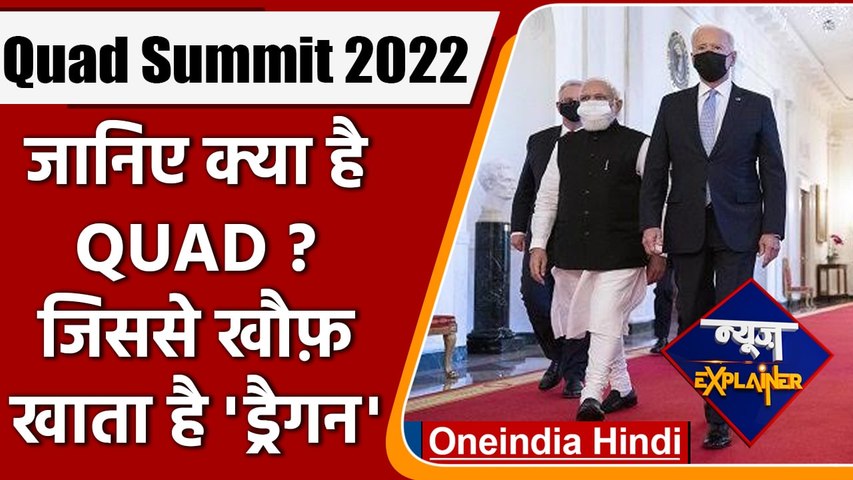 Quad Summit 2022: What is QUAD?, which has increased the tension of China. Oneindia Hindi

To get breaking news of Oneindia. Get news updates all day long.

You have already subscribed