Meghalaya Assembly Elections: Congress releases first list of 55 candidates, see who got ticket from where

read on the appLoksabha Election Survey: A survey...
NATION

Weather changes in Delhi, keep umbrella ready, it may rain on this day, IMD alert

Big update about Ram Mandir, Ramlala’s childlike idol will be made from the rock found in the river of Nepal

New Delhi: The Congress on Wednesday released its first list of 55 candidates for the Meghalaya Assembly elections, in which the name of State Congress Committee President Vijay Vincent H Pala is prominent. According to the list released by the party, Vincent Pala has been nominated from the Sutanga Saipung assembly seat. Apart from them, Richard Lyngdoh from Ralyang, Manuel Badwar from East Shillong, Antonius Lyngdoh from North Shillong and many other leaders have been nominated.

A meeting of the party’s Central Election Committee was held on Wednesday under the chairmanship of Congress President Mallikarjun Kharge, in which the names of the candidates were approved. In fact, in the last assembly elections, Congress had emerged as the single largest party with 21 seats. On the other hand, in the 2018 assembly elections, BJP contested on 47 seats but was able to win only 2 seats. At the same time, NPP had won 20 seats. However, BJP along with NPP formed the government. 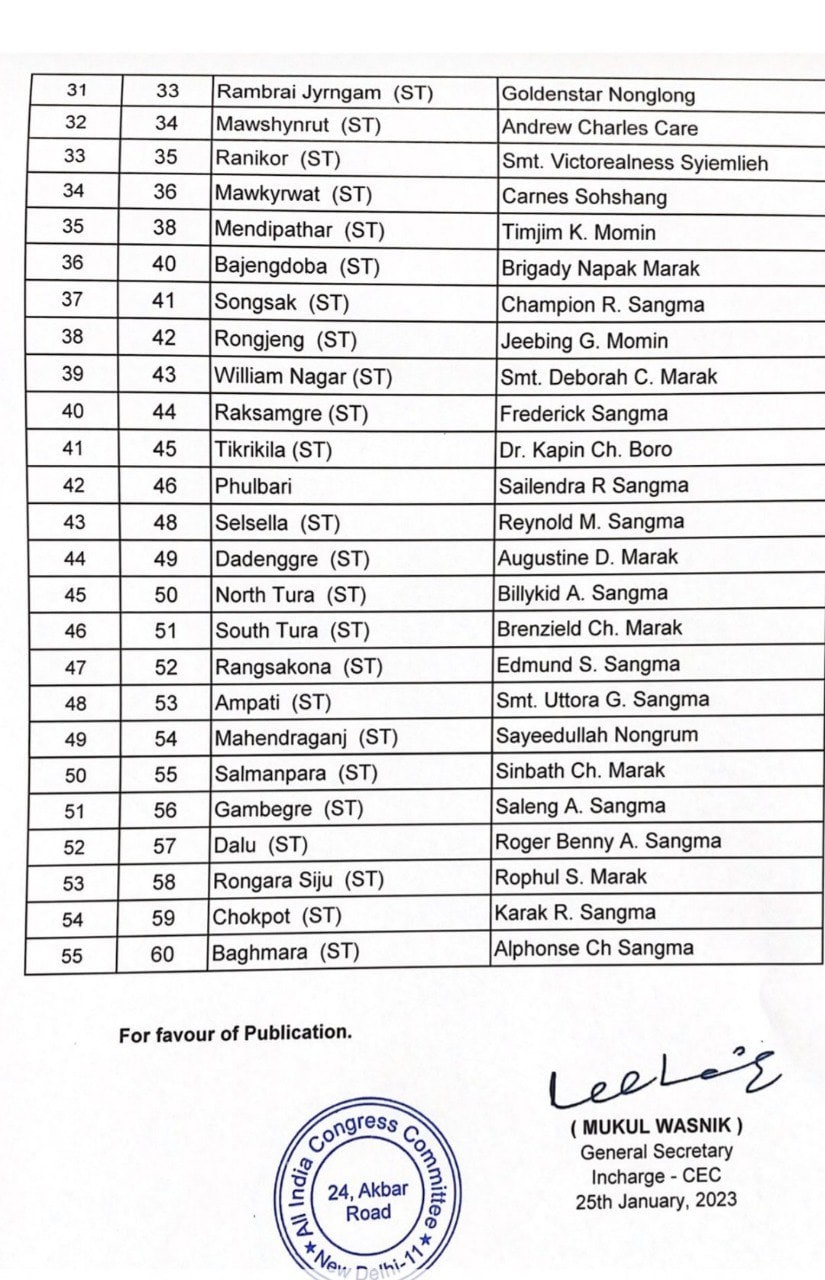 It is known that in Meghalaya, the number of women is more than men in 36 out of 60 assembly seats. But it is unfortunate that the participation of women in the politics of Meghalaya is negligible. In fact, voting will be held on all 60 seats of the Meghalaya Legislative Assembly on February 27 and the counting of votes will take place on March 2.

Previous article
Padma Vibhushan and Padma Bhushan These people got this highest civilian award. Who are the 6 people who got Padma Vibhushan? These 9 people including Birla have got Padma Bhushan, know about all
Next article
Patna High Court Directs Bihar Government To Freeze Funds Of 609 Madrassas Ndtv Hindi Ndtv India