New Delhi: The dispute between Adani Group and...
GADGETS

read on the appIf you are planning to...
GADGETS

The pair of Munna and Circuit of Sanjay...
MARKET

Bank Holidays in February 2023: Check the list of bank holidays for how many days will be closed in February

If you want a good sleep at night, then eat eggs, stress will also end! The body will get 5 big benefits

highlightsEating a protein-rich egg at night helps in...

Whenever you buy a new Android phone, some Google apps are already installed in it. You can’t remove them even if you want to. Because Google was giving Android operating system to mobile makers on the condition that they would have to pre-install its apps, but on Wednesday Google announced that keeping Google in mobile would no longer be compulsory. It is up to the mobile companies to pre-install Google’s apps or not. There are allegations of monopoly on Google in the advertising market through these apps.

Google had to take this step because only last week, the Supreme Court imposed Rs 1337.76 crore on it by the Competition Commission of India (CCI). Refused to stay the fine. The reason for imposing the fine of CCI was that Google was violating the rules of competition in the market in exchange for Android.

Google said that we are committed to follow the rules of India. Now mobile manufacturer companies will be allowed to give license to pre-install Google app in the phone. CCI also imposed a fine of 936 crores on Google regarding the Play Store policy. 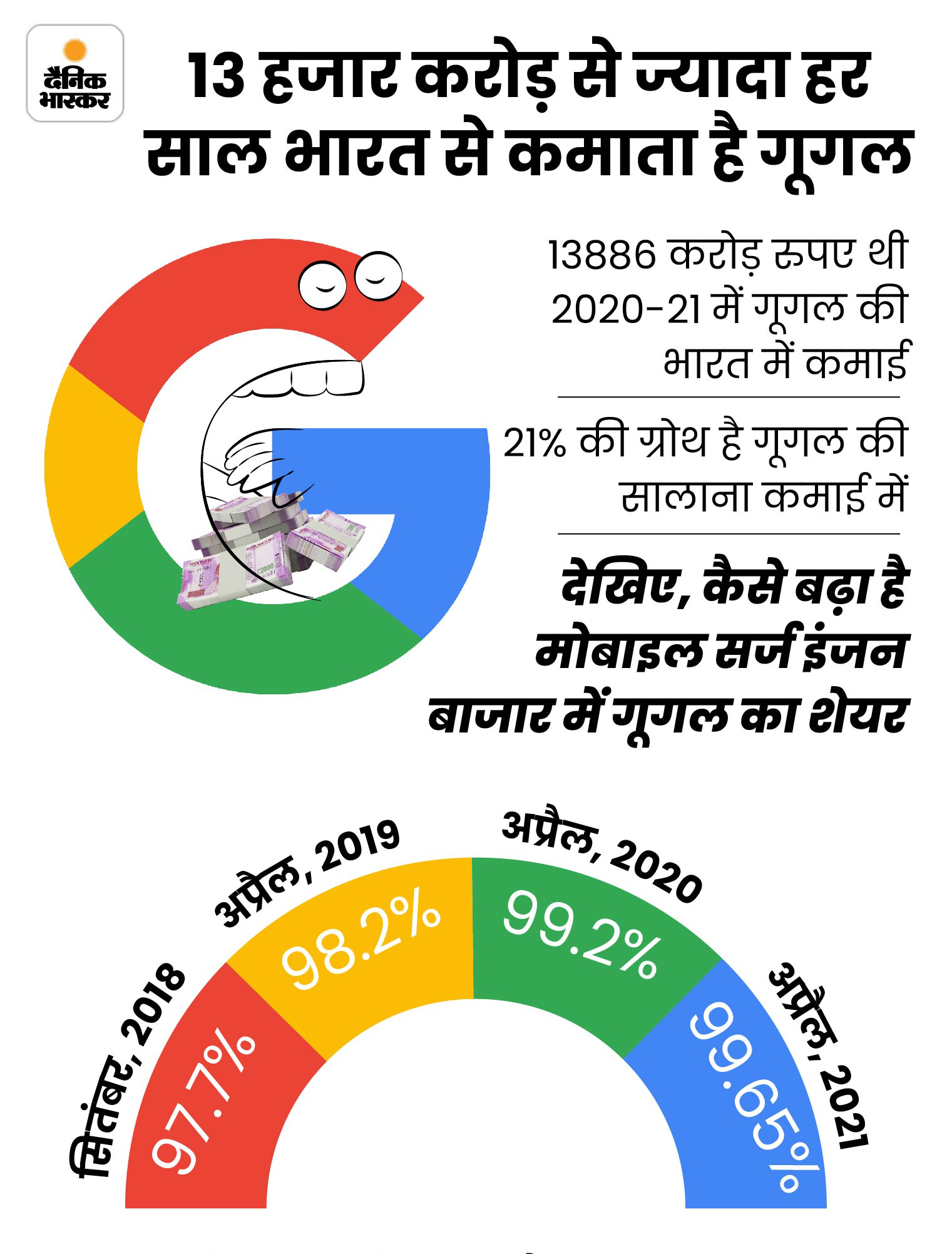 How is this decision going to affect mobile users?
97% of mobile users in the country run Android phones. After Google’s decision, now they will get the option to choose the default search engine of their choice. On purchasing a new Android mobile or tablet, a choice screen will appear through which you can choose your preferred search engine. This new system is expected to start from next month itself.

What was the problem with the old system, why did it have to be changed?
Currently, many Google apps like Google Map, Google Search Service, Chrome browser and YouTube are pre-installed on Android phones. You cannot remove it even if you want to. That means you are obliged to use them, which is against the competition rules. In the new system, now you will also be able to uninstall such apps.

How Google is doing its arbitrariness in the advertising market through pre-installed apps and Play Store?
Google collects the data of Android phone users from these apps. Google’s data analysis system knows what kind of ads will make you more likely to buy. Even when you are not searching, your data is stored with it through Gmail, Chrome or other apps. Google has also been accused in the US Senate that it excludes competing apps from its Play Store. 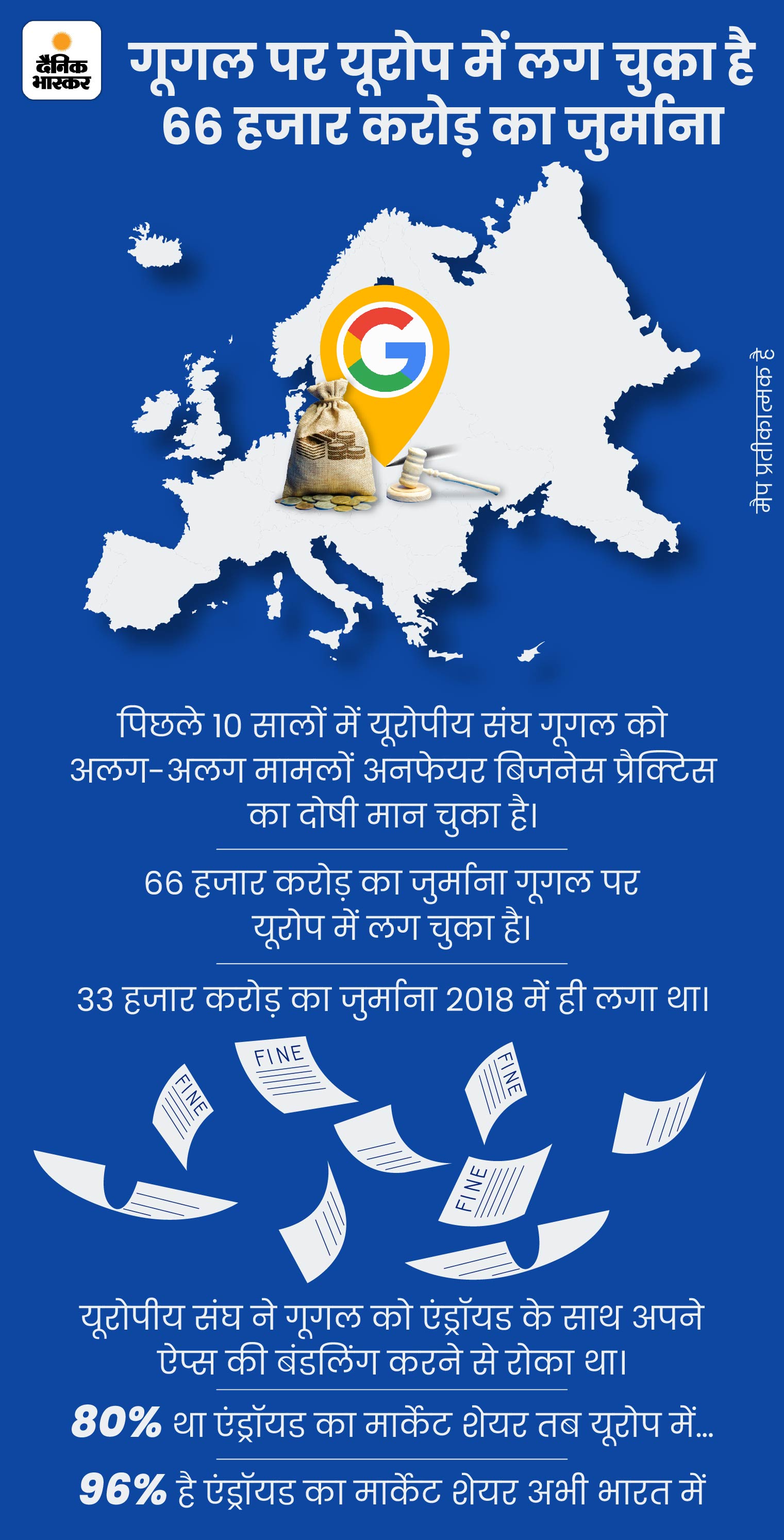 Case on Google in America also, 140 page complaint was given
On the other hand, the Department of Justice and 8 states in the US have filed a case against Google for its policy of establishing monopoly in the online advertising market. The 140-page complaint states that Google has eliminated competition in digital advertising by its dominance of the search engine. 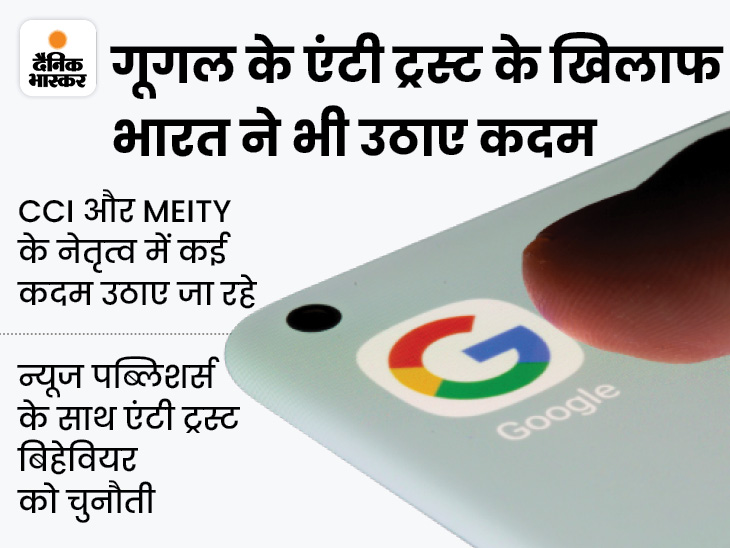 The second major court of the European Union has imposed an antitrust fine of $ 4.1 billion (about 32,000 crore Indian rupees) on Google. Google was accused of using its dominance to eliminate competition. The court agreed that Google had broken the antitrust law. Google has done this by using its Android smartphone technology and its dominance in that market to strengthen its search engine leadership. Read the full news here…

Previous article
Kumar Mangalam Birla: took over the responsibility of Aditya Birla Group at the age of 28, today business is spread in 36 countries
Next article
These 5 things are no less than poison in piles, it becomes difficult to bear the pain, but the solution is easy