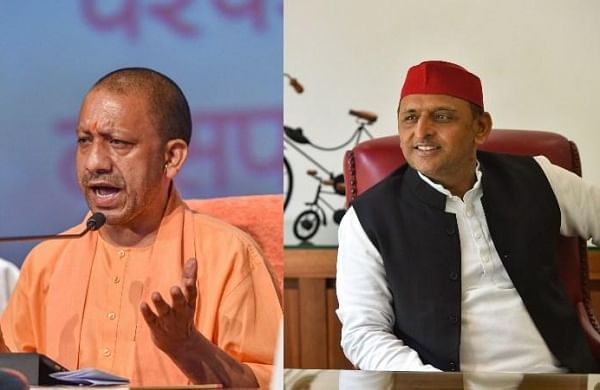 LUCKNOW: With the Election Commission of India (ECI) scheduling the 57 biennial elections for 57 seats of the Rajya Sabha on June 10, the focus will be on UP, which will send 11 members to the upper house.

In fact, UP tops the list of states and sends the maximum number of 31 members to Rajya Sabha.

With the BJP returning to power in the state with 273 seats and Samajwadi Party and its allies emerging as the largest opposition with  125 seats, there are only two clear claimants to the RS seats. The Bahujan Samaj Party  (BSP) and Congress are set to draw a blank owing to their dismal presence in the state assembly.

While the BSP has just one MLA from Rasra in Ballia,  Congress has two — from Rampur Khas in Pratapgarh and Pharenda in Maharajganj. Besides, the Raghuraj Pratap Singh alias Raja Bhaiyya-led Jansatta Dal (Loktantrik)  has two seats.

As per the numbers, the BJP could win at least eight of the 11 seats, while Samajwadi Party will comfortably bag at least three.

Both the ruling BJP and opposition SP would have five floating votes comprising one of the BSP, two each of Jansatta Dal and Congress. However, these five votes would not be able to tilt the polls in favour of one of the two main claimants as each seat would require at least 36.63 votes to sail through.

This means that the BJP will require at least 298.64 votes to win eight seats. It is sure to win seven and is 26 votes short to win the eighth seat as it has 273 votes. So, the second preference vote will also come into play if the Samajwadi Party, which is sure to win three with 109.91 votes, fields a candidate to stake claim for the fourth. This will lead to voting.

This means that while the BJP would require 26 votes, SP would have 15.36 additional votes and would need 21.53 votes to bag the fourth seat.

However, the victory of SP on fourth seat would depend much on how disgruntled MLAs like Shivpal Yadav, Azam Khan and his son Abdullah Azam Khan vote.

According to political observers, as these MLAs have strained ties with SP chief Akhilesh Yadav, the possibility of cross-voting cannot be ruled out if the situation arises in RS polls.

Sources said that of the three seats which SP is sure to win, the party president may choose alliance partner and RLD chief Jayant Chaudhury, former IAS officer Alok Ranjan, who had joined the SP just ahead of 2022 Assembly polls, and the party’s face in Maharashtra Abu Asim Azmi.

Moreover, in the wake of the recent meeting with senior BJP leaders and cabinet ministers, the moves of SBSP chief Om Prakash Rajbhar would also be closely watched. At the same time, if sources are to be believed, Apna Dal (K) leader Pallavi Patel, who had won the assembly election under the SP symbol by defeating BJP’s Keshav Maurya in his own turf of Sirathu, is also not very happy with the SP leadership.

Ukraine commander issues another SOS to Elon Musk, says ‘impossible to survive, help us get out of Azovstal’